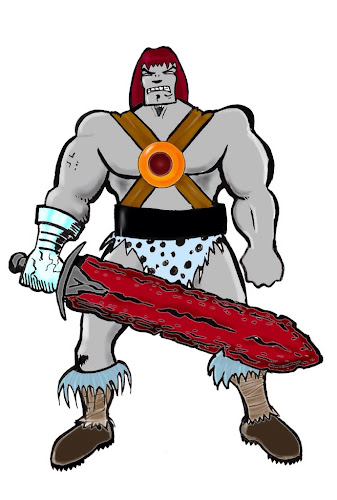 Dimension Travel* 8 Using Reeve, Grimblade is able to slash open a portal to any of the inhabited worlds in the Outland Sector, and several uninhabited ones as well. He requires one page of preparation.

Grimblade was originally a magico-bio-construct created by the oligarchs of the Sorcerer's Moon. Intended to be the first of a large military force, Grimblade proved to be too unmanageable, and eventually rebelled against his masters (he is discernibly male) liberated the legendary sword Reeve from their custody and escaped.

Currently he works a mercenary and hired muscle, although it is said he is ruthless and cruel, the truth is more nuanced.

Challenges: Nobody speaks to me like that! Too good to be all that bad.