Lately, I've lost all enthusiasm for RPG's. At first, I thought it was just the uglosity of the online community, or maybe internet addiction or something lame like that, so I unplugged from forums and G+. Weeks passed,games were played, internet was largely ignored.

Prep, which has always been fun for me is now a horrible fucking chore on which I can't bring myself to spend 15 minutes. When we play, I can't wait to be done, so we can do something else. Also, it fucks with my other creative endeavors. I've already broken it to the group, but I'm not even sure I have the juice to get to my proposed close date. We had an unexpected cancellation on Sunday and I was totally fucking psyched about it. I took that as an indication that it was time to lay off.

Why am I blogging about this? I dunno, maybe somebody else feels this too and just needs a reminder that you can walk away at any time. Any time.

So long, best of luck. 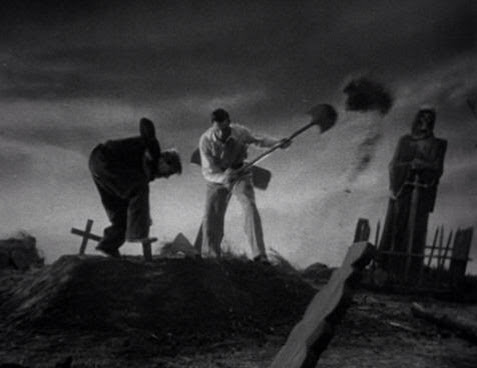 i was a bit taken aback to learn that this was a thing.
http://en.wikipedia.org/wiki/Grave_robbery_in_the_United_Kingdom

A story about a gang of its more famous practitioners.
http://en.wikipedia.org/wiki/Burke_and_Hare_murders

Anyway, it seems to me that American media from the first half of the 20th century contains a lot more references to history than what has come since. I also learned about Tamerlane and Bayezid I through an old Harold Lamb novella in the July 1921 issue of Adventure. You'll have to forgive my previous ignorance; my interest has traditionally tapered off after the invention of agriculture.

Posted with Blogsy
Posted by Aos at 8:54 AM 2 comments: 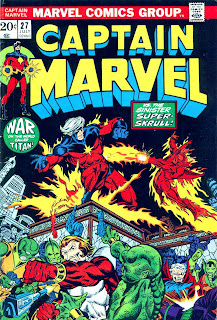 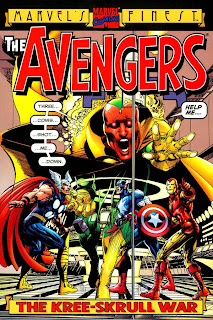 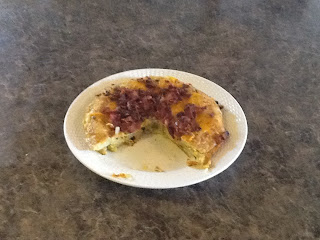 This is the current design for the partner/side-kick character from the comic thingy I'm working on. I will subject you to it once more after I ink and color it. I'm attempting to push for more depth in my work.
In other news, the final technical hurdles to making a full on comic have been overcome, so I can maybe accomplish something this year. Oh, and my friends and I are going to make some radio plays. 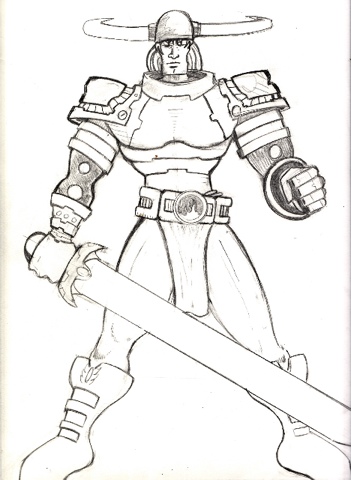 I finally figured out the basics of computer coloring last night. This is my first attempt. It's rough and I'm not happy with the palette, but it is a beginning.
In related news, I've decided to really, really focus on my drawing this year and see about taking it up a notch or two. 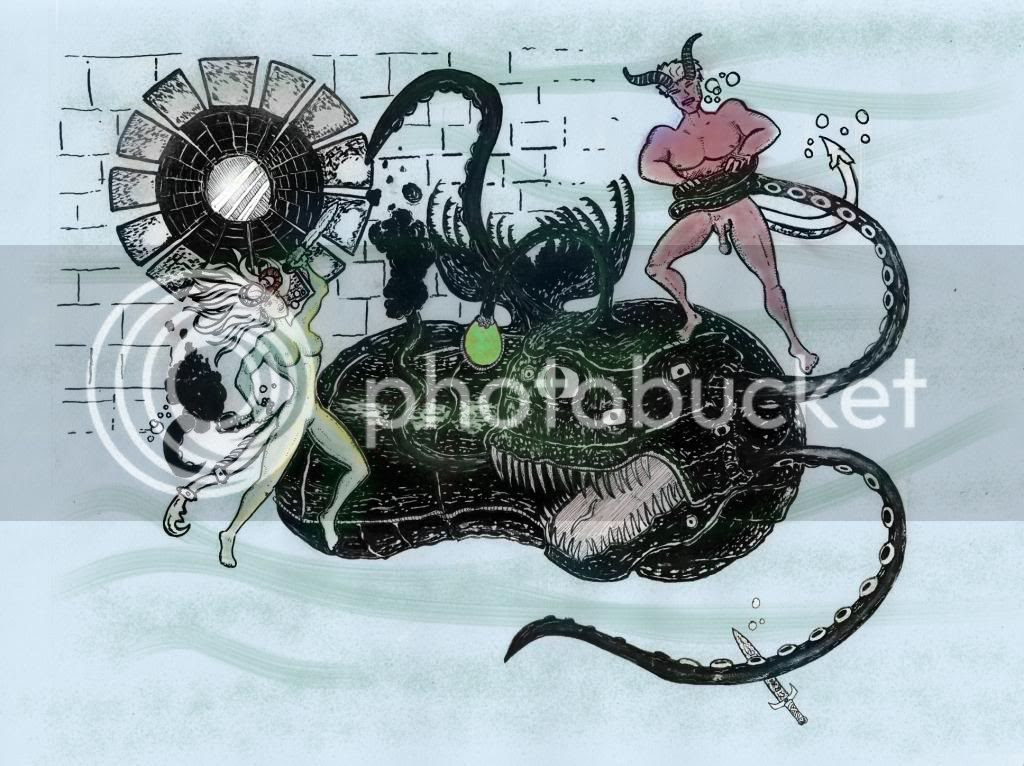 NSFW- Sensible Armor and some drawings.

Some you've seen, some are new; all are first time on the blog in their current form. The 'unsafe' one is at the bottom of the post.

First this is a scene from Skull. I've posted partial versions of it before, but here is the finished product. 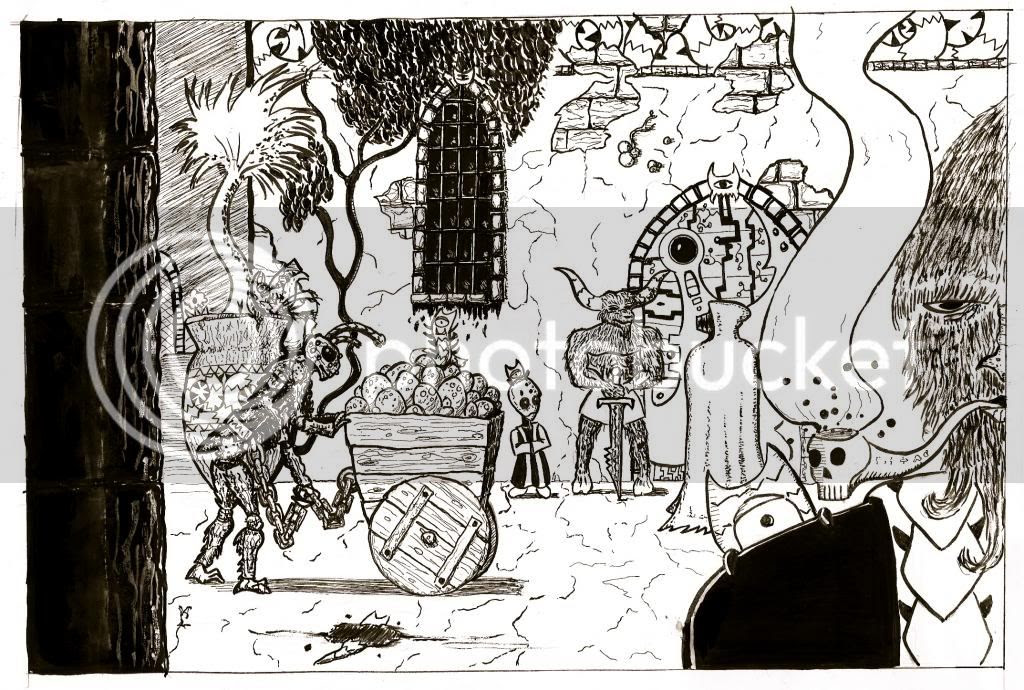 Next here is a grey warrior, certain to be a prominent NPC in my up coming ME game, but also an illo for Jack Shear's Devilmount projct: 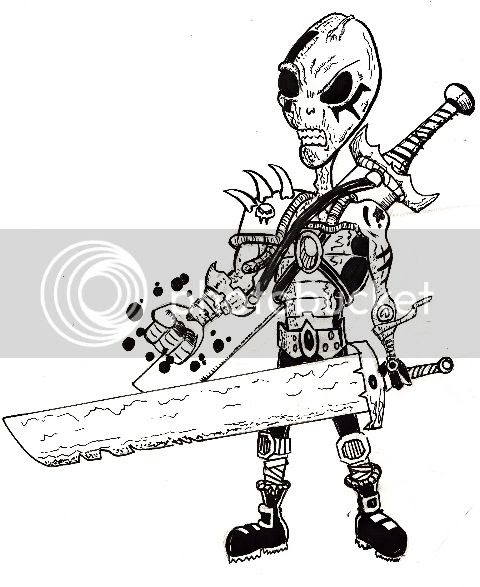 The atmosphere plant at Abyss Island, Caves of Empire 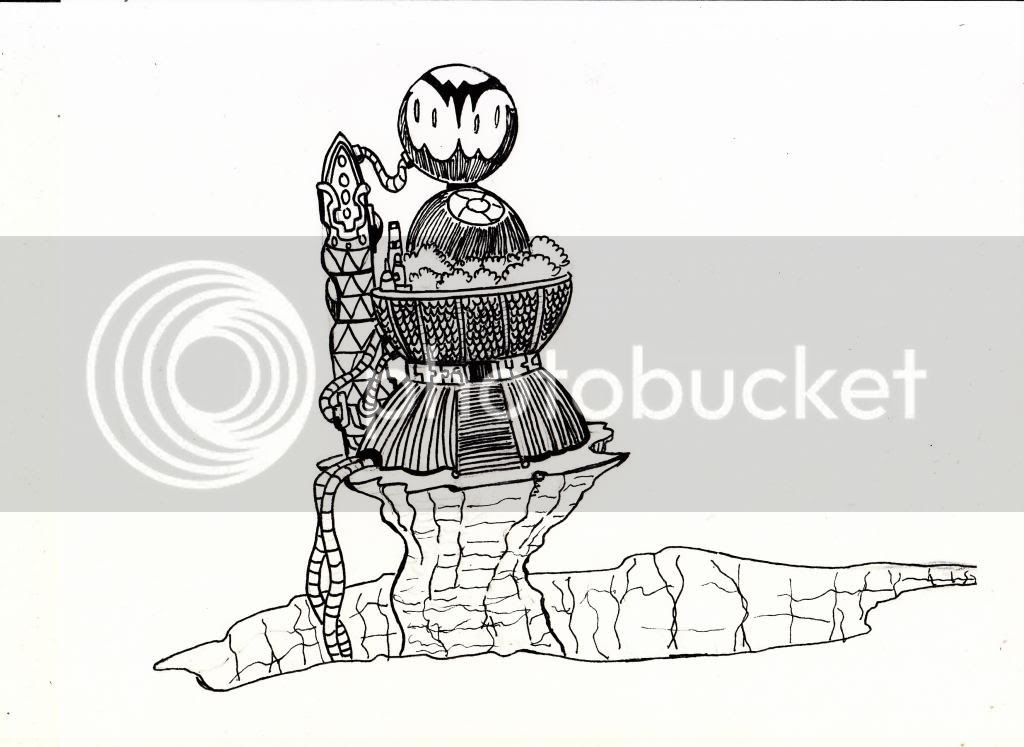 Another atmosphere station, this one in  the remote Magus Cave. 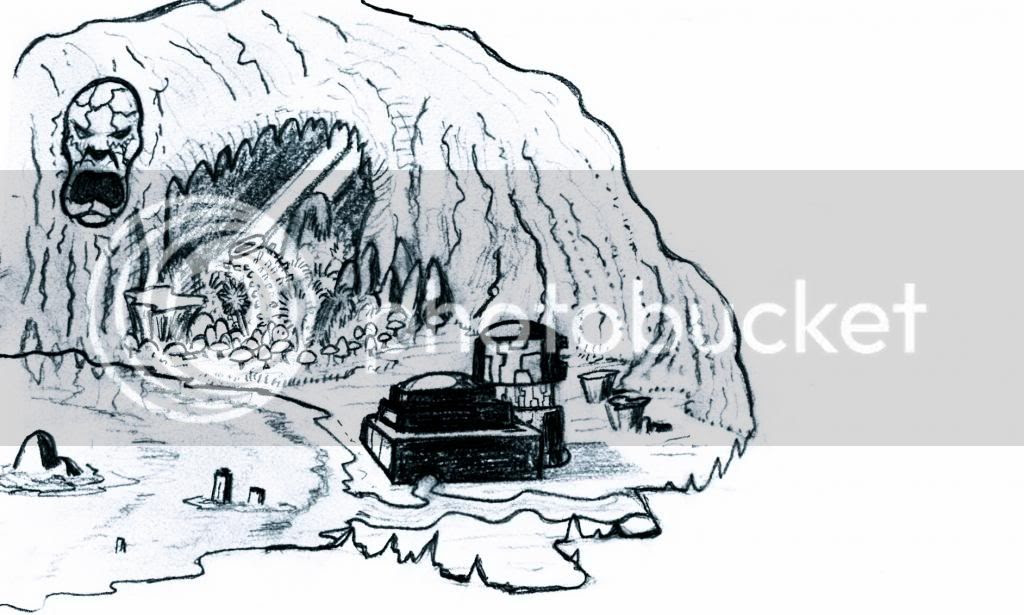 A map of the HPL's Dreamlands Underworld; it is where my Gothic group is right now: 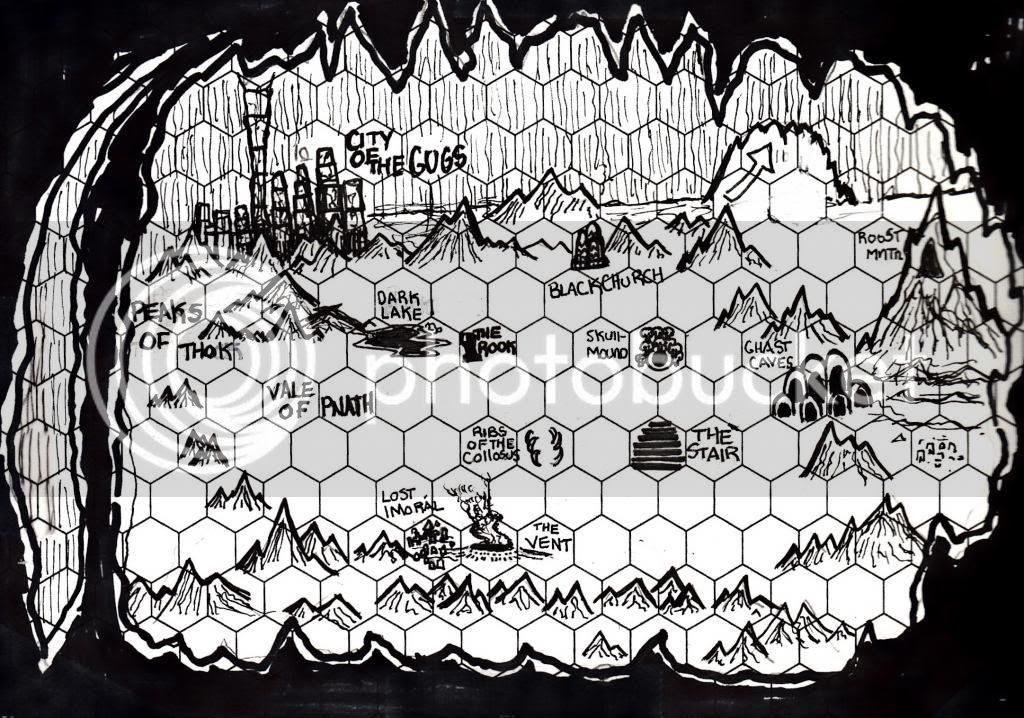 And the NSFW you were promised; I give you Sensible Armor. 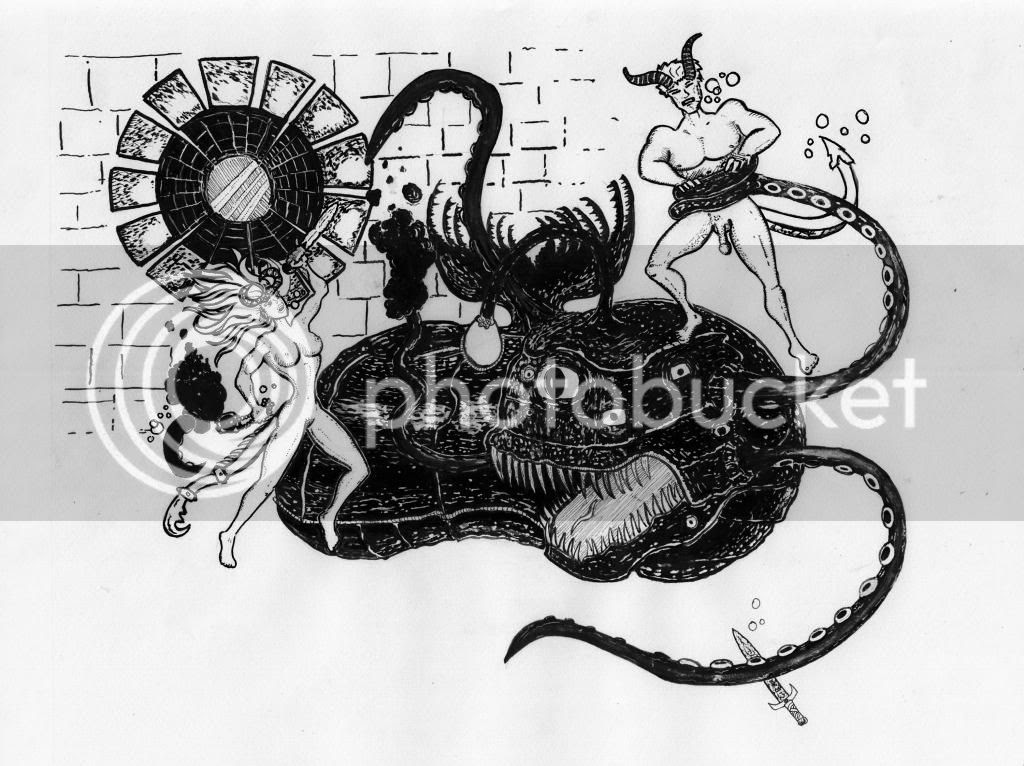