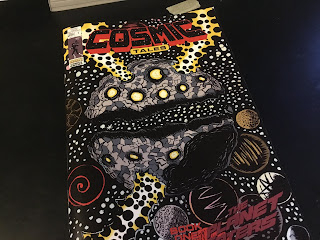 Order now!
As long as you stay drunk, you won’t be sorry!!

Cosmic Tales and some stuff I read.


I decided to read Gardens of the Moon.
It’s not good.
I think it can best be summed up as a sequel to an unwritten novel combined with “GM’s setting history nobody reads; let me tell you about my character and GMNPCs” the book. I gave up at about halfway and just skipped to Memories of Ice- or I will once I read a little something else.
Sorry is a great name, but it’s balanced out by how stupid of a name Whiskyjack is.
It’s a rocy start for sure.

Marvel Two in One 1-19.
Fairly pedestrian cape stuff, but with a great lead (the Thing) and it sets the stage for much cooler stuff later as Ben gees a life beyond the Baxter building.

X-Men Mutant Massacre Omnibus
Unrelentingly dour and full of the posturing nonsense that is most often associated with the franchise and its offshoots in the 90’s.
“You gotta prove yourself ta be an X-men, sugah”
“Girl you aint an one of the X-men best mind your own business and get me a beer.” Snikt.
“What’s going on? I’m in an endless power loss arc; also suddenly really dumb,” Storm, “and what the fuck happened to my hair?”

The round robin of artists on the main title really brings things down, but aptly mirrors the dissolution of the franchise as well.
The book contains 10 issues of X-Factor- The worst thing to happen to mutants since the invention of the Sentinels.
I just don’t enjoy Walt Simonson like I once did, so no silver lining there.

Thanksgiving anology: By the time Liefield and company carve into the x-turkey,  they don’t ruin dinner; it’s too late for that; they’re your crazy cousin who interrupts Uncle Dementia’s endless coma inducing political screed by intiating a fart lighting contest.
The house, of course, burns down as a result.
At least you got out of eating the jello salad.

And now the good news 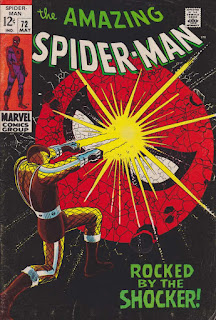 I’ve been rereading the short lived  John Buscema era of Amazing Spider-Man. i don’t want to undersell them, but these comics feel as fresh as a summer day to me. I can just about smell the dew on the grass in Central Park. Reading each issue feels like getting out of school early and shooting down the walkparh dodging bullies on your Free Former.

I have the omnibus editions (these stories are in V3) and the art and colors are breathtaking. The light and the spave of the four panel grid, so often used, takes you there, and gives these comics a more than modern feel.  By this point Lee has both improved and cut down on the dialogue. This entire period involves mobsters and magic tablet. It’s some crazy awesome shit, and the wrong kind of silly for cape comics in 2018.
There are weak issues here and there along the way, but I really don’t have anything negative to say about Amazing Spider-Man 1-350.
When everything else goes wrong, friends, read some goddanm Spider-Man.

Cosmic Tales # 1 on sale here, I guess, whatever. 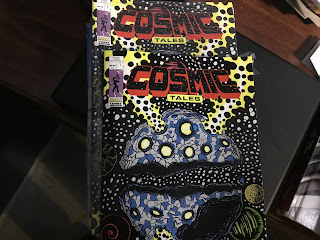 This post fills me with terror.
After half a decade of threats

What you get: 48 pages of story and two pages of pin ups, three if you count the next issue promo.
5.95 + 3.99 shipping and handling (US) international we’ll work it out in email.
My pay pal is the metal earth “at” gmail; no spaces.
Write a thoughtful or especially obscene email and I’ll do a letters page, for Number 2; they’re all number 2, friends.

I’ll order more if there is interest. I’ll fisnish this post after I reign in the laughtears.

Fair warning: you’ll be going on a bit of an artistic journey with me as my resitstance to devloping a style is utterly destroyed and I’ve gone a good deal further since finishing this in March(?).

Thanks for all the support and pestering.
Trey Causey did the cover colors and the log

Dude, your copy is cleared for launch. I have to rescan your original art, though. I redrew Talon’s ass. Surprising, I know, but I’m all about the quality.
You are clear to talk shit about the comic in whatever venue you prefer.

The names of the Senegar brothers are pretty interesting:

Fear- this is a fucking great name. It allows for fuck awesome sentences like “Fear moved among them.” It also describes  the attitude with which he approaches Rhulad’s ascension.

Trull means prostitute as far as I could trace, but I wouldn’t be surprised if it ties back to “outcast” of some sort too.

Bugg’s (does anyone else see Marty Feldman) story arc is interesting, and there are all kinds of spooky hints about his actual identity.

Every now and again BOTF goes 100% DND and one or more characters get to show their badassery.  Trull’s running battle with the Jheck is a good example of this. I love it.  Later,  Karza and the bonehunters get a lot of this as well.

I’m moving towards the end. It’s pretty grim at this point. I think it was amistake to give Silches Ruin and Scarabandi Bloodeye both “s” names. It makes the set up a little hard to understand without page flipping.
Posted by Aos at 7:34 AM 2 comments: 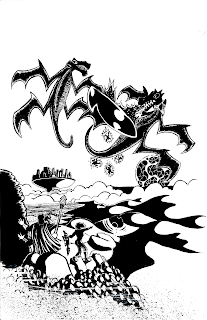 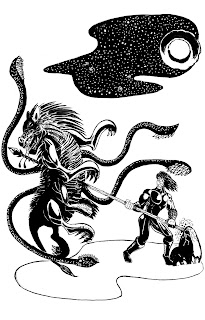 Google Plus has nearly died months before the announced shutdown. It’s like air going out of tire over there.
Here’s a Mars Preview, safe for work, I am sorry to say. 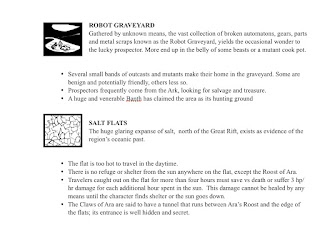 THE CHANGERS
An ab-god,  ressurectionist,  and committed medical experimenter, The Doll Maker controls an army of his own manufacture comprised of undead and freakish warriors produced by his experiments.  Assisted by several lesser mad scientists, the Doll Maker also controls a network of spies, and agents throughout the region and perhaps beyond.

Places of Power The Black Hand, a twisted tower tree south of Xards.

The Shape of Things The Doll Maker employs agents of all sorts throughout Zerzura. The largest contingent of his network, however, is engaged in the occupation of procuring corpses.

Goals The Doll Maker and his organization strive to build a powerful army. the Doll Maker wished to march on Shadow Canyon and eradicate whatever alien presence resides there.

Demeanor Capricious and unpredictable, the Doll Maker is as likely to help someone as harvest them for parts. He is, however, always on the lookout for able agents, and, especially recent intelligence regarding Shadow Canyon. 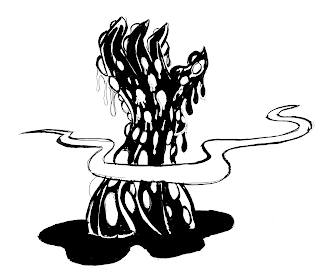 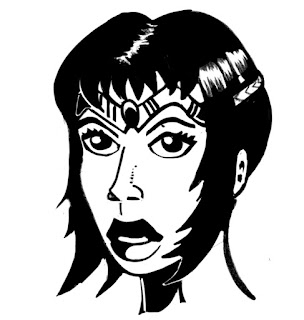 HOUSE ZOLO
The individuals and organizations under the control of the Crimson Queen, ruler of the Great Stone Ark.
House Zolo’s power is primarily represented by the Crimson Blade, the city’s army/police.

Places of Power: The Red Mast,  aboard the Great Ark.

The Shape of Things:  The incomparably lovely Crimson Queen, Zenia Zolo, closeted ab-god, rules the Great Ark and House Zolo. Zenia has held this post for an impossibly long time. Everyone ultimately answers to her. Despite the lies and propaganda that surround her, no one believes she is human.

House Zolo has a long-time and profitable relationship with the Herd.  The Herd trades openly only with House Zolo and the Grax. The market at the Great Arc exceeds all others in quality.

The Crimson Blades, chief operatives of the House Zolo comport themselves with arrogance and aggression.  They rarely interact with outsiders, but when they do it usually ends badly.

Many of the officers and rank and file members of the Crimson Guard and the  intelligence networks are blood relations to the Queen- or so it is said.

Goals: the Queen wishes to further The Ark’s dominance of trade.

Demeanor:  Rapacious and somewhat out of control,  not unlike its leader, House Zolo threatens all who enter its sphere of influence.
Bonus Spacebong 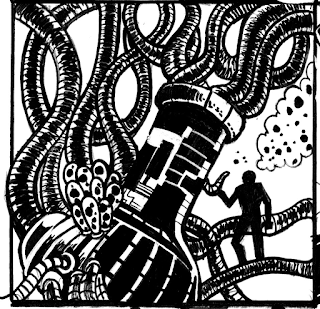