Why haven't you read this yet, slug? 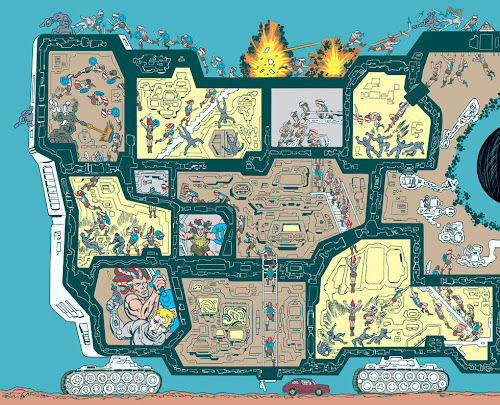 I have been meaning to blog about this for a while. I wont go into a lot of detail, because spolers, but this comic, which is available in its entirety, for free here is fearlessly creative and gives not a single fuck. If you are not a Yank, do not worry- it is not a flag waving comic, its just a fucking goofy science fantasy post apocalyptic romp about a guy with red, white and blue hair. Trust me it will be okay; people from four continents have told me I am a terrible American, some of them meant it as an insult, some as a compliment, either way, I take their word for it, and I enjoyed the hell out of this comic. So much so that I bought the harcover.

Tom Scioli, the creator, is the artist on the excellent Godland, and has another series that he worked on in the early aughts, called Myth of 8-Opus. That is also awesome, and is heavily influenced by Kirby's New Gods, but still very much his own thing. Scioli's favorite superhero is Orion (me too, bro) and it really shows in this comic. 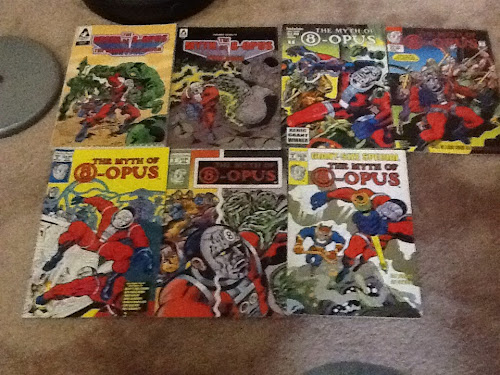 All of this stuff is avalable to purchase at the site linked above, and he has a couple of other free comics up there as well. I'm especially fond of his riff on the FF, Final Frontier. The Am Barb book is fat, in color, and like 13 usd. Read the comic and if you like it, buy it.