I got a book on how to draw mecha

And it got me thinking, about yet another small but complete project hidden at the bottom of this blogs gravity well. (Hey anyone remember the city of Skull, also done. I swear there are like 6 complete projects buried on this blog.)

This is a representation of something from 2013

The RPG of Mechanized Military Desperation 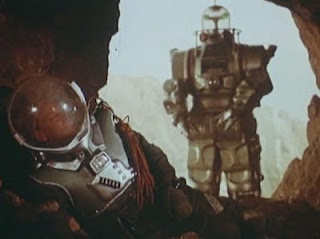 Long ago, the wars burned off all the good worlds. For millennia, there was nothing to fight over. Peace spread over the stars like a shroud. It was the peace of defeat- the peace of the grave. Resources dwindled. Hope died. Worlds and cultures perished for wont of room to grow and thrive. Lights went out; silence spread and it might have gone on spreading forever as the sentients of the galaxy went down into quiet extinction, but someone found the Spindle instead.

Player Characters (PCs) in RUST are drawn from all walks of life (against their will, in most cases) and drafted into the military forces of the Andromeda Pact Alliance. Once conscripted, they are used to crew mechs: the giant, weaponized, bipedal war machines that make up the backbone of the APA ground forces on the Spindle.

The APA is engaged in a multi-front, multi-factional war. In the grandest sense, the stage for this war the giant artificial habitat known as the Spindle. On the ground, however, the conflict is comprised of dozens of discrete theaters in as many geographical areas, spread across the length and breadth of the Spindle and the star system contained within in it. That is to say, this one war is actually many wars, none of which are anywhere near resolution.

Despite its scope, the Spindle War is in its early days, and in the rush to get forces on the scene, most (but not all) of the combatants have fielded ill equipped and poorly trained forces. Already, the fighting has grown desperate. Losses have been heavy for most, necessitating the insertion of even more poorly trained troops, thus initiating a disastrous feedback loop.

The game begins in the second month of the war. Player characters in Rust are intended to represent the greenest recruits; play starts with their first day on the job, or not long thereafter.

For the last two centuries, in the aftermath of the Great Galactic War, the population of the APA has lived spread across thousands of cubed light years of spatial volume, primarily in overcrowded domed cities and space borne habitats. The wars burned all the good worlds away, as they say. People live in what is left. The table below will give a more specific view of the PCs background.

Note: all characters are assumed to be 17-19 years of age; the player may decide the character's other personal details (e.g., eye color).

1-6. Slacker: You grew up as one of the trillions of dope smoking, stim taking, entertainment consuming, drudge job working, everyday citizens of the alliance. This is the baseline character type and provides no attribute modifiers.

7. Screw: Characters from this background have either ambition or family connections, which secured a better life for them before the war. Screws get 2 bonus points to assign to attributes of the player's choice.

8. Aristocrat: These rare individuals benefit from generations of genetic manipulation. They begin play with two of their attributes at 0 and one attribute at 1. Aristocrats also start the game with a Thunderbolt (side arm). However, if you are an aristocrat who somehow finds oneself as a mechanized infantry grunt, it's a pretty safe bet that someone powerful wants you dead, you're crazy or, at the very least, on the run from something. Aristocrats are always pilots.

APA Marines do not have choice as to the nature of their training. Aristocrats are always trained as pilots. Commoners (slackers and screws) must roll 1d4 and consult the table below.

Rank: Sergeant. The gunner is at the bottom of the command structure. The gunner receives -2 to all GUN job checks and -4 to all other job checks.

Rank: The steward lies outside the command structure of the crew. The steward receives a -2 to all SWD job checks. It is the steward’s responsibility to keep the ship's life support functional at all times, but especially during combat and travel. The steward has several other responsibilities as well. The steward is charged with gathering data on both the forces of the various enemy armies in the field and the crew of the mech. In regards to the latter it is the specific task of the steward to monitor the loyalty of the crew and report back to the Home Office (the political arm of the ruling oligarchy) as opposed to Allied Military Command (AMC).

Trapped in their decaying industrial habitats for centuries, it's been a long time since people applied themselves. MACHINES DO ALL THE WORK AND ALL THE THINKING. This is a societal constant, but its impact varies somewhat within the population. Overall though, even the best people society has to offer have lead lives of lazy indolence and are, as a result, soft. No doubt if the means and technology of the past remained to them, the APA would fight the current war with automatons. As it is, they use what is available.

During normal times, attributes would range from 1 to 4, with the high score of 4 being the most beneficial. During the current decadent age, however, scores range from -2 to +2 at the start of play. Attribute scores act as modifiers in job checks and general checks, which will be explained in a later section on task solution.

Slacker characters, yanked from their hedonistic existence in the urb-cubes, thrust through training, and dropped into war, begin the game with a -1 in all four attributes. They may select one attribute to reduce to -2 in order to raise another one to 0.


Screws begin with this same baseline, but have 2 points to adjust attributes, or an attribute of their choice upward.


Aristocrats begin the game with a single attribute at a value of +1 and all others attributes at 0.

SAND: represents instinct, guts and will.

The combined value of these numbers is the attribute total.

POWER: Represents psionic potency. It is determined by rolling a d4 and adding (or subtracting) the total of the three main attributes. This number acts both as an absolute value and a resource pool.

HIT POINTS: everyone starts with 10 hit points, adjusted up or down by adding or subtracting the pc's attribute total (see above).

Every character begins the game with a ship suit and a fresher kit. Further equipment is distributed at the time of deployment. What the quartermaster includes in your field kit is always a subject to chance; slackers and screws roll once on the table below, aristocrats and stewards roll twice. Stewards also begin the game with a special kit given to them by the Home Office. All gear is described below. It should be noted that there is no real cash economy amongst grunts; all exchange is based on barter.

2. Sidearm: Stormbolt +1 to hit at shirt range cannot shoot past medium range. Does 1d4x damage. Battery holds 10 charges, plugged in to a mech it recharges at a rate of 1 charge an hour. Roll 1d10 at start of play to see how many charges the battery currently holds. Spent batteries can be switched out for fresh if they are available.

3. Mess Kit/5 day’s food. Includes a preternaturally durable spork, a plastic water bottle, and a plate/bowl than can be used as a skillet.

4. Bottle of whisky and a pack of cigarettes.

5. First aid kit. Stewards are trained how to use these.

6. Entrenchment tool: it's a folding shovel. Can do 1d3 as a melee weapon.

8. Gren tangler: This is weapon confiscated from the possessions of captured or slain troop of the gren (reptile aliens) army. A successful attack leaves the target wrapped in a silky sticky net, not unlike a spider's web. A substance known as webaway, which is sometimes found amongst mech supplies, may dissolve this webbing.

A ship suit is a snug coverall like garment that provides an ablative shield worth five hit points total of any kind of damage.

The game begins moments after these items have shoved into your hands, when you find yourself aboard the robot drop rocket, on your way to your mech, headed into the shit. 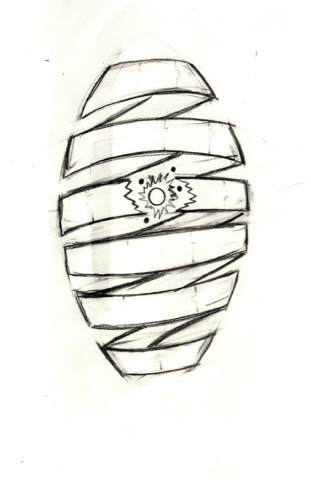 Email ThisBlogThis!Share to TwitterShare to FacebookShare to Pinterest
Tags: Rust