Getting it done.
As I close on Mars, my first major RPG product, and with the relatively recent release of Cosmic Tales #1, I have a thing or two to say about getting it done.

ART
Okay, first things first. You need to decide on an art budget right away. Start saving that money up.
That’s commitment. Relying on clip art or hoping to provide “exposure” for an artist isn’t going to do it. Maybe you have another way to generate commitment. Use that, but you still need to budget for art and start saving that money. (Just to be clear as far as my motivations go here, I am not currently accepting commissions).

Yeah, that’s easy for me to say. If I had to pay for BX Mars art we’d be over 4k at this point- if I lowballed it. You’re not really in competition with people who can do both, however, there are only a few of us in the scene- and I’m not even there yet.

We have now successfully placed one horse in front of the carriage.

First Draft:
You can make an outline or not at the beginning. It won’t mater later. I suggest making an outline between your first and second drafts.

You need to write your first draft from end to end without going back and revising. It doesn’t matter if it’s garbage. It is a natural resource. Think of your first draft as mining the ore. Subsequent drafts draw out the METAL!

Never go back mid draft, no matter how fundamental the change. Make a note- and proceed from there as if you have already made the change. Fix it on your next pass. Frequently- you will want something very different by the time you make your next pass. Any time spent going back is time waisted. Get to the end; go back to the beginning. Rinse and repeat until you cry. Then do it some more. If you think you can do it all in one, tell me about it; I can always use a good chuckle.

Alternately, you can engage of an endless loops of pointless revision within the incomplete first draft. You’ll never finish this way. How can you finish something if you don’t get to the end? You fucking can’t. Have you been sailing for years and never seem to get any closer to the shore? That’s because you’re doing it wrong.

That’s out second horse. Sometimes, however, it’s also the elephant in the room. 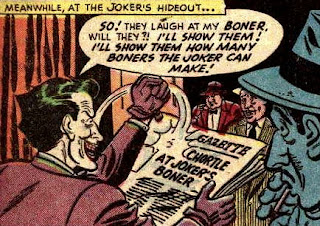 Two Sentences.
You need to write a thing about a thing, but the well is dry. Write two sentences. Come back on your next draft. The second you put those ideas down they start to cook. Even if they are barely ideas. Expand and refine on your next pass. This is especially useful for list items like spells, monsters. or geographic details.

Honestly, I suggest following the two sentence rule from end to end on your first draft. When you’re done, you’ll have an outline. Won’t that be swell?

Don’t get ahead of yourself. Don’t start planning your KS or fucking around with layout until you have a complete document. I made the mistake of doing the latter. The dwarf kick starter guy did the former. I lost some time. He lost his house. Be careful! And for the love of god, if you can afford it, find some poor bastard to do your layout.

Four horses.
You can get ready to roll.

Additional advice. GTFO social media. Checking to see if someone has upvoted your clever comment 5000 times a day isn’t going to get you there.
You need a strategy for this. I turn off the wifi, or leave my tablet on another floor of the house. I keep books and comics near where I work on my stuff, so if I need a distraction I don’t drift into  e-fugue.

Limit how much you share along the way. Previews and such often provide some necessary affirmation. But in the long term, short term gratification is an icky self-indulgent distraction. Further, showing incomplete content, especially if it hasn’t gone through drafts, makes your abilities look like less than they are.