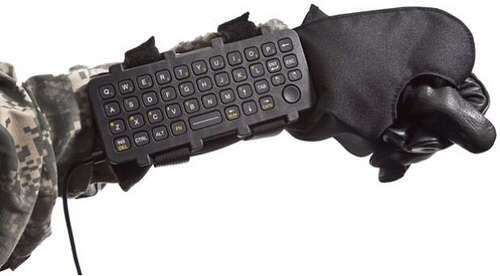 [The following series of posts is inspired by Trey Causey's excellent series on the City, I will address other major influences in time. ]

The Hot War is a five century old memory. The cause and start of it are unknown to all but a few. The Earth's population hovers at just under a 100 million world-wide. Ten million of the luckiest live in Neopolis, a sprawling mass of skyscrapers and slums, situated at the heart of the mutant infested wasteland that is 32cnd century North America.

The heroes of the 24-25th conturies are exist only in stories and tales distorted and twisted by both time and ill intent. Even these half-truths are told in whispers and only in the lowest parts of the old city- where the law never goes.

Technolgy has regressed centuries, and even the most cutting edge cyber systems have interfaces and perephrials that would make a denizien of the early twenty-first century laugh with derison.

The Earth is a police state governed by GQM, Global Quadrent Management, a faceless bureaucracy comprised of countless minsistries working at cross purpose to one another and often themselves.

Post-humans, with the exception of those drafted into government service, are illegal and shot on site regardless of age or threat level.

Gene cards are carried by all citizens regardless of caste (there are 6 casts). Gene scanning technology is strangely advanced in comparison to almost all other tech. Other equally advanced devices exist to locate and discover non gene relat d human abnormalities.

The Big Lie: nobody knows for certain, but throughout the population there exist a feeling that some important fact about the world as it is, or came to be, or both, is withheld from all but those at the top. Clues are everywhere and can be seen in contrasts, such as that between the clunky cybertech the advanced gene tech, to the inexplicable disconnect between the vast array of productive ag towers and the starving masses that struggle in the dirty slums of the Old City whilst their betters live in glittering wonderlands above the clouds and in orbit.

Statblocks in FASRIP (the classic Marvel Super Heroes system) and ICONS are all but interchangable. Resources from either game would work well in Neopolis.

Judge Dread by lots of people in 2000 AD

Days of Future Past by Clarmont and Byrne