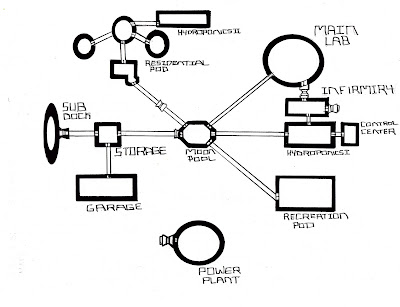 Well anway, NaNiWriMo ate my month (I made the goal). My ICONS game is going splendidly and next month, we'll be kicking off a brand new Metal Earth playtest campaign- which I'll be participating in as a player; how cool is that? I'm going to play a human that looks like a tatted up Jason Statham.

Anyway here's a novel excerpt for you:

As one, the warworms rose up and pounced on Ash. For a moment his world contracted down to cold wriggling flesh, clenching, sucking mouthparts and an unimaginably foul stink. He spent desperate struggling seconds dodging gnashing, snapping teeth before he got his sword arm free from the slimy press. The creatures tangled around each other as much as they did him. He lopped the head off one and then another. A third clamped its mouth down on his sword arm, swallowing it up to the elbow- sword and all. Ash drove the fist of his free hand through its eye mound; it did not release. Screaming in rage and pain, he whipped the thing around, smashing it into another worm, sending this one end over end into the boiling pool. It released an unsettling, infant-like scream as it died.
The last of the warworms bunched up on itself and backed away from him, hissing. Ash used the respite to pry its compatriot from his arm. Once loose, the arm bled freely; his blood spattered and sizzled on the rocks.
He raised his sword and took a step towards the hissing monstrosity before him. It roared and feinted, lunging forward, its mouth spread into a wide gory spectacle. Suddenly, it reared back, twisted itself around in a seemingly impossible fashion, and ran away.
Ash lowered his head and dropped his arms to his sides. His chest rose and fell like a bellows and the breath burned in his lungs. He wagged his head like a dog, looked at the record of destruction strewn all around him, and laughed.
Catching his breath, he tossed his head back and started to run. He came out of the canyon, and scanned the landscape. He caught sight of the boneman almost immediately. About 20 chains from where Ash stood, the undead creature had managed to marshal the fleeing warworm, and now attempted to climb into its saddle.
Howling, sword over his head, blood streaming from his arms and trailing in the air behind him, Ash sprinted.
Posted by Aos at 7:56 PM