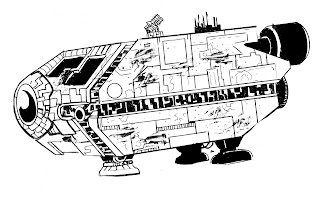 EDIT: Ref notes: the game was easily played although slowed by a little by page flipping; which is not to be unexpected in a first session. The second sessions way cooler.
Posted by Aos at 8:28 AM