[Old Mars] People of the wastelands., 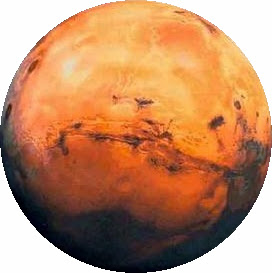 People of the Wasteland:

The peoples of mars are varied in their customs and their use/understanding of technology. Despite their differences, however, all native Martians are oviparous, and live for 500 to 1000 years; further, natives of Mars share the same language, obsession with honor and a murderous hatred for cultures other than their own.

Primarily urban, dominate the population of most cities- to the exclusion of all others in many places, such as Uton and Xardz. Red Martians have an ancient and complex culture; once their cities ruled Mars, but in these latter days, the Red Martins rarely even rule themselves, neing more often than not in thrall to one of the so called God Kings or other external power. Red Martians are literate and familiar with all forms of Martian technology, including the operation of airships.

Green Martians live in a meritocracy of violence. The strong rule, the weak serve and cower. Green Martins are pastoralists and follow their herds, living either in the open desert or dwelling within a ruined city as chance may allow. Green Martins have four arms and may, at first level attack three times in two rounds. Green Martians are said to delight in creulty, but this appears to be cultural than integral to their character,,as notably compassionate exceptions exist. As rule, Green Martians are illiterate and disinterestd in technology beyond small arms and the occasional peice of ancient artillery. Given their ability to survive where most others would perish, Green Martians are by far the most populous race on mars.

The descendants of beasts long ago uplifted to full sentience by eldritch martian science. The typical wild Martians will possess a (usually hirsute) humanoid body and the head of a beast. Wild Martians are a varied lot and special abilities and class availability should be on a case by case basis.

Class choices, I think, may be subject to change. The typical Martian warrior is not the same as a standard Fighter or any of the subclasses either.