[Inspiration?] Sifting through the ephemera of the 20th century with the technology of the 21st.

Before we go any further, let's get a couple of things out of the way. First, If you have a fetish for print or analog media in general, this post may not be for you. Sorry, but I have gone from being a dedicated book sniffer to the worst kind of technophile in the space of a couple of years.

Second, if you have the means, go ahead and get yourself a tablet. As with the mobile phone, the Internet, and DVD, tablets represent a technology I completely sneered at until I experienced it as a user. To make the level of my conversion clear, laptops were something I knew I'd want from the first I heard of them. I love laptops. Two days before someone gave me this fucking tablet, I was planning to upgrade mine. I have barely turned it on since, and will likely never own another.

I'll touch on the tablet thing again before the end, but the soul of the message is: get a fucking tablet.


The tablet has opened up some doors for me, and made some media I might have had access to, but otherwise ignored, very attractive indeed. This media is really fucking cheap, or absolutely free.

To begin with the cheap, allow me to suggest the MDCU, or Marvel Digital Comics Unlimited. This is a service you can buy from Marvel that gives you access to over 10k comics in their backlog. There is a ton of great stuff on there from every era in Marvel's history. I have lost entire evenings just trying to decide what to read. There are gaps here and there, but by and large, most stuff I've looked at doesn't have this problem. Have you ever wanted to read Stan and Jack's Thor, or FF, or Cap? It's all on there along with a ton of other awesome stuff, including Greg Pak's entire run on the Hulk; the Annihilation event (all of it); old Starlin Cosmic stuff, and lots of newer comics too. The scans are universally awesome. Reading this stuff on a tablet is better than reading the print versions, imo, if only because I can expand and contract panels with a touch of my finger. The MDCU costs 60$ for twelve months, or 10$ for one month. I did the full year and have already easily read many times what I spent worth of comics, and I just finished the second month. I'm looking forward to when Hickman's FF run is up in its entirety, because that is some good shit.
Anyway, you can sign up at the Marvel site: http://marvel.com/comics

Moving on, to the free: The internet archive is a wondrous thing. There is so much stuff on there it blows my mind.
Really, though what I'm into now is three things, old pulps, silent movies and radio shows. Radio shows and movies can of course be enjoyed on a variety of hardware with equal ease; pdfs of old pulp magazines, however, are a joy to behold on the tablet. You get the ads and other ephemera, like Horace Gold's essay in the very first issue of Galaxy Science Fiction, wherein he discusses how the future covers of Galaxy can be counted on to be tasteful and will never embarrass you on the subway. Stuff like this helps me put the stories in the context of their time, as does seeing the crappy paper and the groovy 50's illos. In case you haven't clued in, am absolutely obsessed with context.

Here is a link: http://archive.org/details/galaxymagazine-1950-10

Of course, you can look at these magazines and comics on any number of devices, but the tablet is is like a book in its weight and heft, and does not require physical contortions if you want to stretch out on the bed with it- and, this is huge for me, you can adjust the font size with the twitch of a finger. A twitch of the fucking finger. Also it doesn't get hot. Ever.


I feel comfortable suggesting the ipad2' because it is what I own. If you own or have your eye on something different, that is cool too. I'm not interested in any kind of 1998 Apple vs whatever argument here; and I don't watch TV so the ads have no impact on me or my life. If they piss you off, that strikes me as your problem, not Apple's.

I'll post some reviews of some of this stuff over the next couple weeks if there is any interest. In the meantime, whatever you do, do not read the Kree-Skrull war, unless you are looking for that final nudge towards suicide.

Here are some pulp covers, all of these can be found on the archive. The Adventure has a fucking Harold Lamb novel in it! If you don't know what that means, think REH less the race science and sorcery. Go read and be free. 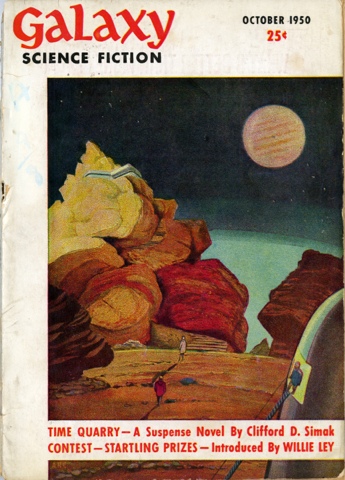 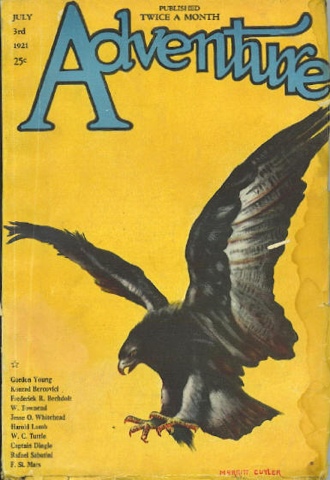