I am late on my CTQ update, I've been sick and I am in a shit mood. So lets get the worst of this behind us.

Disclaimer: despite my salitness here, I love drawing. Love it. Over the last few years it has very much become central to my existence and it is who I am now. However, I had to drag myself through some shit to get to this point.

Given the choice again, I'd go to art school, or take some classes at community college or maybe hire a mob enforcer to put a hit on me. Any of these options will save you years of frustration and wasted effort.

Other than that, there are hundreds of sites that go into way more detail than I could ever hope to.

Personally, I half assed it for roughly 5 years before I pulled my head out and put some real thought into it. I do not suggest this method.

I am loathe to really suggest anything at all, honestly. 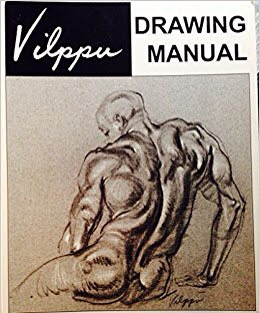 And this site: Quickposes really helped set me on the right path.

Also I broke my leg at work in late 2014, and spent the first half of 2015 unable to do anything but consume drugs and draw.

That said, I drilled for hundreds, maybe thousands of hours copying Loomis anatomy charts onto cheap newsprint, to the extent that a friend of mine who actually did go to art school was horrified. I also filled hundreds of pages with gesture drawings, and all this occured after I'd already been at it for years.

Focused practice is the gift you give yourself. Personally, it is as close to prayer as I am ever likely to get.

My go to reference for anatomy is George Bridgeman's constructive anatomy, but it's kind of abstract and maybe a little much for the beginner. I really don't know. We're drifiting into that baseline knowledge confusion that I mentioned last time. I don't want to be the angry bus driver that expects you to know the route the first time you get on; nor do I wish to be the well-meaning grandmother explaining the difference between potato chip flavors to a forty year old man. It's hard to walk an invisible line.

One more thing, read several thousand comics. Limey comics; Yank Comics; Frog Comics; Japanese comics- it doesn't matter. If you don't know where to start, I suggest something from the following list: Lee/Ditko/Romita Amazing Spider-Man; Kirby/Lee Fantastic Four; Tin-Tin; Thomas/Buscema Conan; Claremont/Cokrum/Byrne X-men, Carl Barks Duck Comics. Anything by Crumb. All of these are easily available in affordable editions. I could suggest lots more stuff, but we're looking for a starting point. Yeah, this is all genre stuff; what of it?

Also, draw more. I draw pretty much every day. I miss a few here and there, but it's pretty rare.

Next time: I'll talk about characterization, and if in betwen now and then, you happen to read the FF, notice how you could remove the images in most cases and have no trouble discerning who spoke a particular line of dailogue. 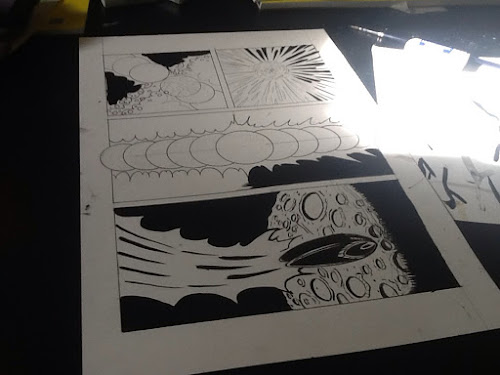