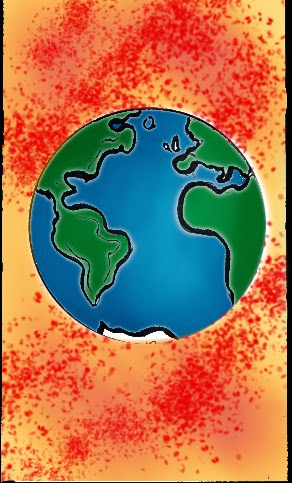 The Origin of All Things

At their core, all good supers universes share a common obsession with history. Large scale events in Marvel, DC, Hellboy, Godland, or what have you, almost always have their roots in their setting's history, and it is not uncommon for these roots to stretch all the way back to the actual origin of the universe itself. Building a sense of history into your setting is essential. So all cliches aside, it is perhaps best to start at the beginning... Maybe.

To expand on that last point, it is possible and, perhaps, even desirable to work backward. If you have a batch of player characters in front of you, it is likely at least one of them has a power set that could easily be tied into the setting, or perhaps allude to significant components of it, such as New Genesis; Krypton or Asgard. Don't be afraid to retcon something in either- remember, changing the past to suit the needs of the present is totally in genre. If you feel uncomfortable with this, do a realty warping time travel adventure that brings the change about.

Further, I highly suggest that as each campaign comes to a close, PCs are retired from active play and folded into the setting as prominent NPCs and replaced by new characters. Encourage legacy characters, like Nightowl or Batman Beyond, which will tie the game world's past to its present. These steps will lend your setting a sense of solidity.

Returning to the history and origins of the universe, it is probably not absolutely necessary to know exactly what triggered the big bang (although Godland and DC's various crisis comics, among others, do some interesting things with this) but it is a good idea to at least go as far back as the dawn of humanity and a few thousand years into the future as well.

The immediate past is also important. What is the recent event, be it something like Marvel's Civil War; Watchmen's Keene Act; The death of Superman, or what have you, that sets the tone for the current era of heroes?

Some more questions to ponder:

What is the origin of the universe?

Who are the most powerful beings within the universe and what is their connection (if any) to the origin event? To its eventual destruction?

What are the three biggest secrets of the World's past?

What are the two biggest threats to the peace and/or continued existence of the earth/universe?

Here's a thing, though, one may not want to know the answers to all these questions. It can kill the mystery. That's how I roll, too; however, one can always retcon or crisis wipe away any problematic/soul suckingly stupid elements that survive into game time later on.

You can't really talk about world building and comics without talking about the King.

Next time: Step by step universe creation part one.

Email ThisBlogThis!Share to TwitterShare to FacebookShare to Pinterest
Tags: EARTHQ