Making Comics 3, a look at characterization

People are defined by their behavior, but often, judged by things that have more to do with their background, such as complexion, eductation and/or speach patterns. Reed Richards will occasionally remind the audience that Ben Grimm is effectively an astronaut with degrees in science and shit. He has to do this because Ben almost goes out of his way to hide with his mannerisim, self-deprication and speach petterns. Young Peter Parker (in contrast to the more forgiving Clark Kent) is smoldering ball of rage hidden within a faux coward's shell. He is afraid- afraid of literally punching somone's head off, but not THAT afraid, because, those punks deserve to learn a lesson!

Comics can't do sound, or real movement, or long paragraphs of description/expositon. However when it comes to characterizarion you have equal access to the character's behavior, inner feelings (thought bubbles or captions) their appearence and the way they speak. That's pretty much everything but the way they sound and smell. 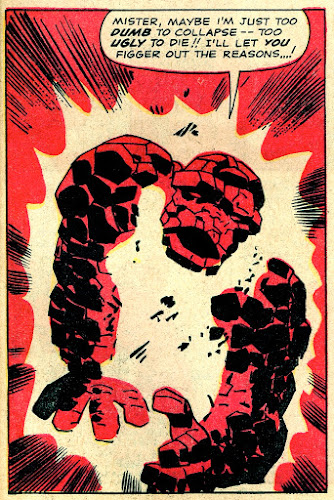 I mention Ben a lot, because along with Peter Parker he is one of (American) comics' first semi-tragic characters, and also like Parker, has a very distinctive personality. Both these guys are very flawed. Peter is driven by guilt and a pathological inability to surrender. Ben is a stalwart friend, and is strongly motivated by an innate sense of right and wrong, but clearly self-destructive and depressed, but also incapable of quitting. These guys are heroes just for getting out of bed in the morning- like you and me. I also push these comics because they are both complex and accessable, a pretty good combo for study.

So fo give Lee/Ditko/Romita/Buscema/Kane ASM and/or Lee/Kirby FF a read. Study the supporting cast. Contrast Robbie and JJJ or Alicia and MJ. Early MJ is a monster, btw. Check it out and see for yourself. 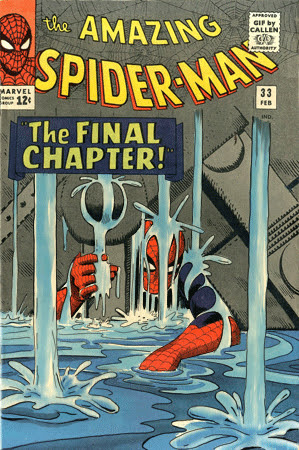